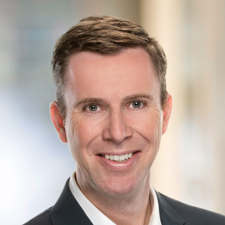 He believes in building local partnerships. “We like working directly with communities. Meeting with local residents and municipal representatives to hear their ideas and share our vision for properties, and then deliver something they are looking for and will support. It’s a process that benefits everyone.”

Matt joined Brixmor in 2012 as a senior leasing professional in the company’s North region. Matt was elevated to Vice President, Leasing, West in 2015. In 2016, Matt was named “One To Watch” in Chain Store Age’s Real Estate’s 10 Under 40. In 2013 he was the recipient of the John T. Riordan Professional Education Scholarship from ICSC.

Matt spends every spare minute with his wife and two boys, who participate in every sport imaginable, in Atlanta.