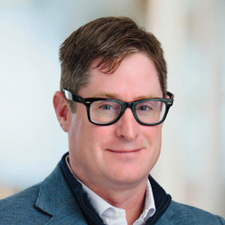 Mark has served as the Chief Investment Officer at Brixmor Property Group since May 2016.

From 2007 to 2016, Mark was a Managing Director at Eastdil Secured, where he advised domestic and international owners of retail real estate on asset and portfolio underwriting, mergers and acquisitions, IPOs (including Brixmor Property Group’s IPO), investor sourcing and public capital markets transactions. Throughout his career, he has provided leadership and execution on more than $100 billion of real estate related transactions. Mark graduated with a B.S. with honors in Business/Finance from the State University of New York at Buffalo, where he was captain of the Men’s Swimming and Diving Team.

Mark lives in Old Greenwich, CT with his wife and three children and is a passionate fan of live music having seen Carbon Leaf, an indie band from Richmond, VA live more than 50 times. Additionally, he has said “Vamos United” more times than he cares to admit while being a longtime fan of D.C. United.

BS
The State University of New York at Buffalo