Located in the epicenter of Long Island’s retail corridor and across from the country’s tenth largest mall, Stewart Plaza has an extensive market reach of up to eight miles with a densely populated trade area of more than 550,000 people. This affluent population has an average household income of $114,000, exceeding the national average by 44%.  Close proximity to three colleges, with combined enrollment of 40,000 students, further drives traffic to this highly visible and accessible open-air center.  The current anchor Burlington Stores is one of the retail chain’s best performing stores.

The redevelopment right-sized a best-in-chain Burlington to 64,000 square feet, which allowed for the addition of a new 75,000-square-foot Floor & Décor.  The center’s renovation also included updates to the façade, parking lot and signage improvements. 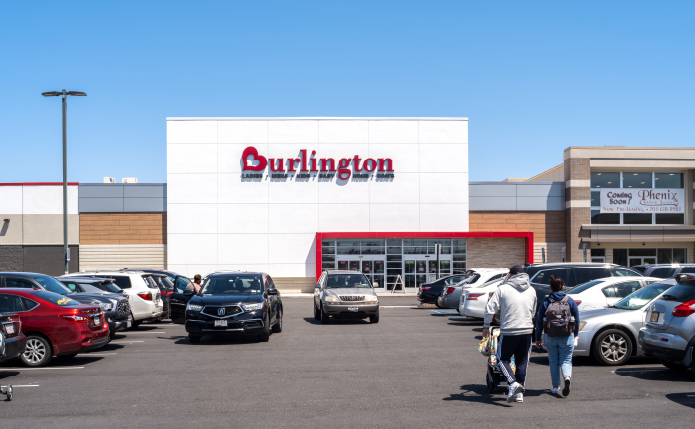 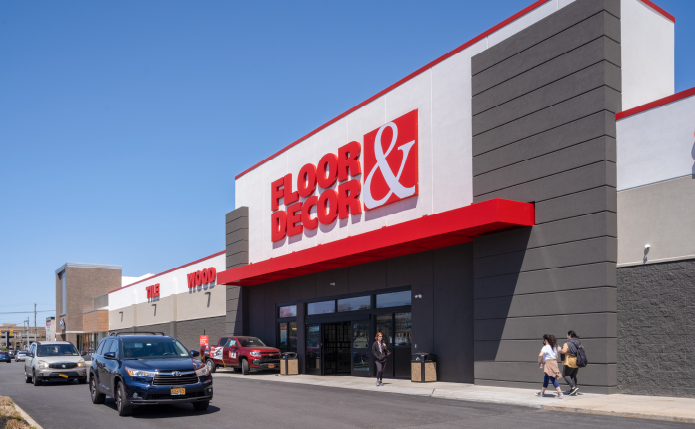 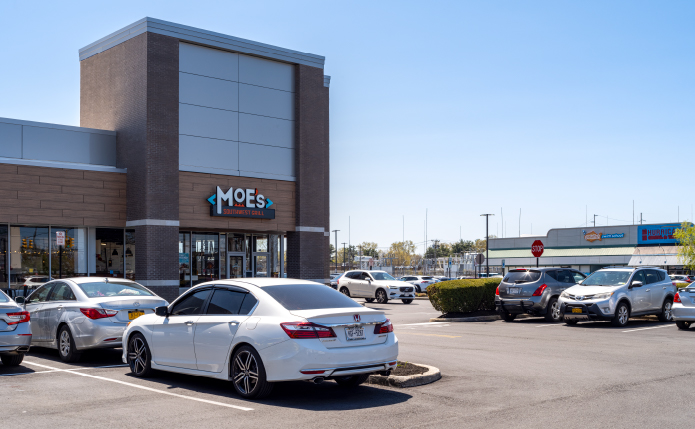