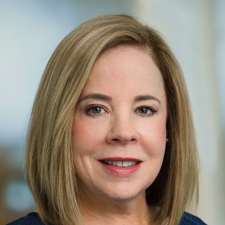 As Chief Talent Officer, Carolyn focuses on developing and supporting a collaborative team that puts people first. “Our tenet is “great real estate matters, but great people matter more,” she says. “Whatever you need to grow, to develop as a person and as a professional, we’re here to support.”

Carolyn notes that Brixmor sees beyond its physical shopping centers. “Our team becomes a part of the community that surrounds our centers. We look for people who can help us create that sense of community in whatever role they play.”

Carolyn works to promote diversity and inclusion in the real estate industry and serves as co-chair of Nareit’s Social Responsibility Council for the Nareit Dividends through Diversity program.