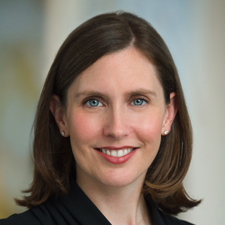 Angela has served in her current role at Brixmor Property Group since May 2016. She notes that partnership across disciplines within the company has strengthened Brixmor’s relationships with tenants and communities. “The finance and accounting teams are continually striving to make sure that our regional leasing and operational teams are supported with information and analysis that will enable critical, asset-level decision making, creating optimal outcomes for tenants and communities.”

Angela received a B.S. in Economics from The Wharton School of The University of Pennsylvania. She was a Portfolio Manager with RREEF before serving as Executive Vice President, Chief Financial Officer and Treasurer of Retail Properties of America, Inc. Prior to joining Brixmor, Angela served as Executive Vice President and Chief Financial Officer of Starwood Retail Partners.

Angela serves on the Board of Trustees of Equity Residential (NYSE:EQR), where she serves on the Audit Committee. She is a member of Nareit and ICSC. Angela lives outside of New York City with her two children.

BS
The Wharton School of The University of Pennsylvania.